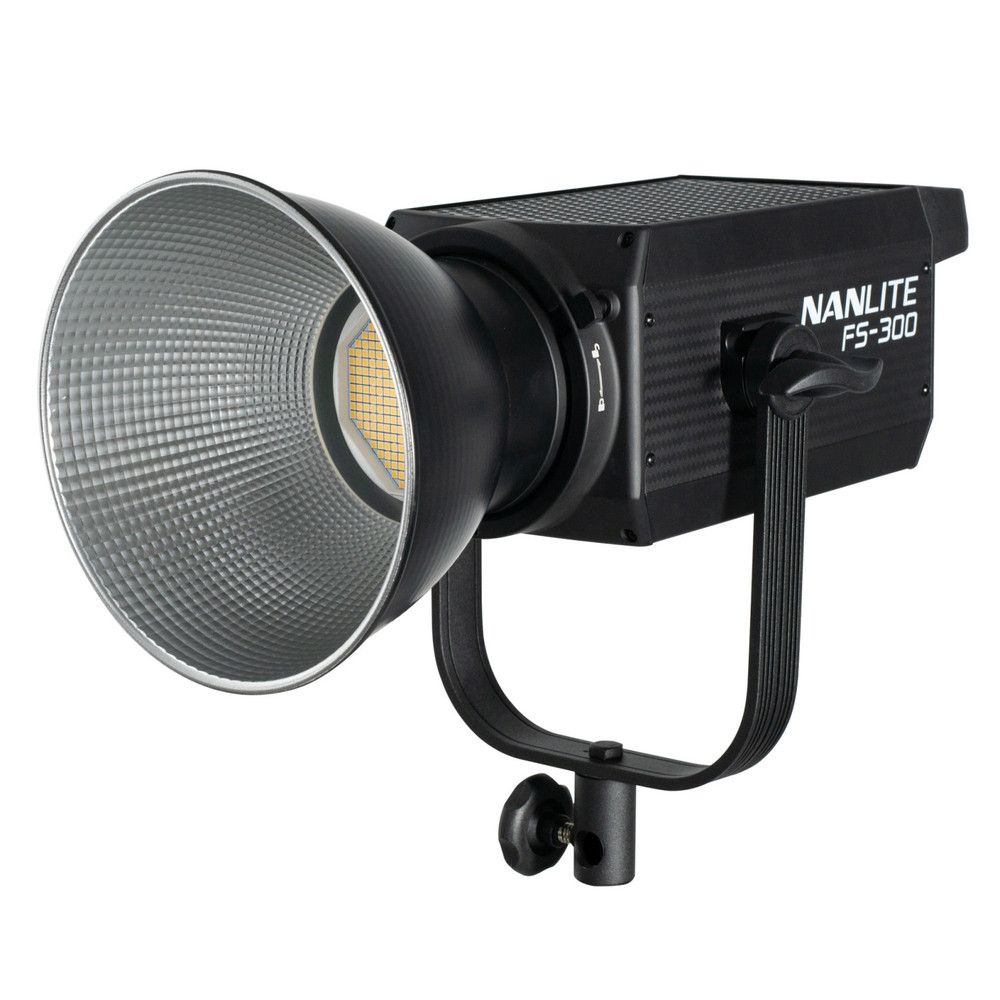 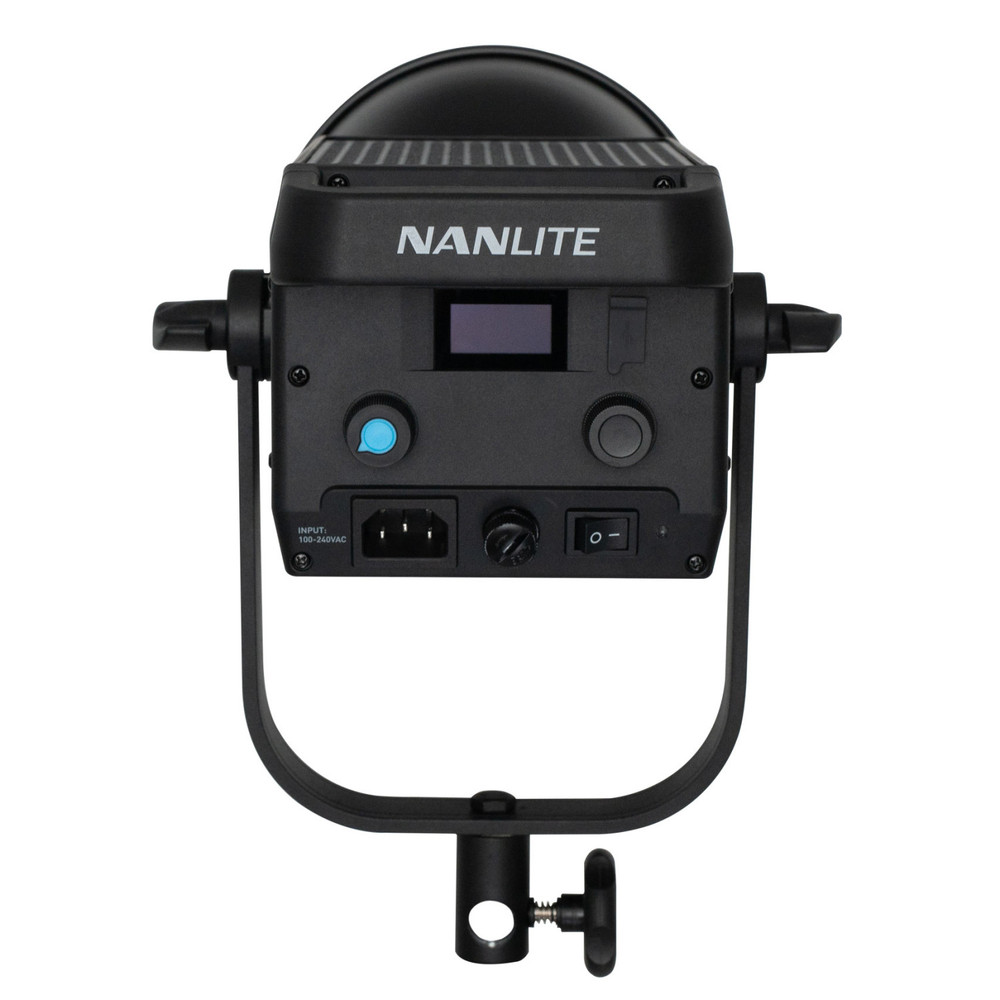 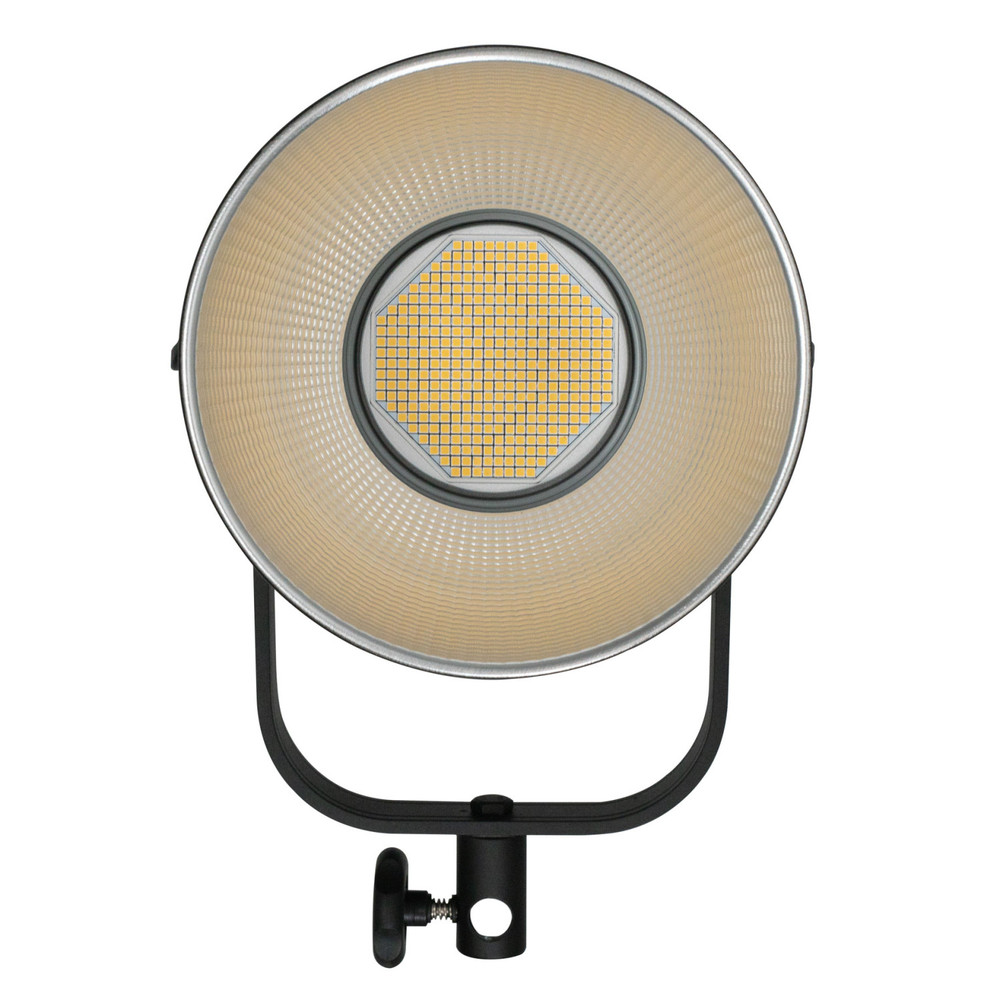 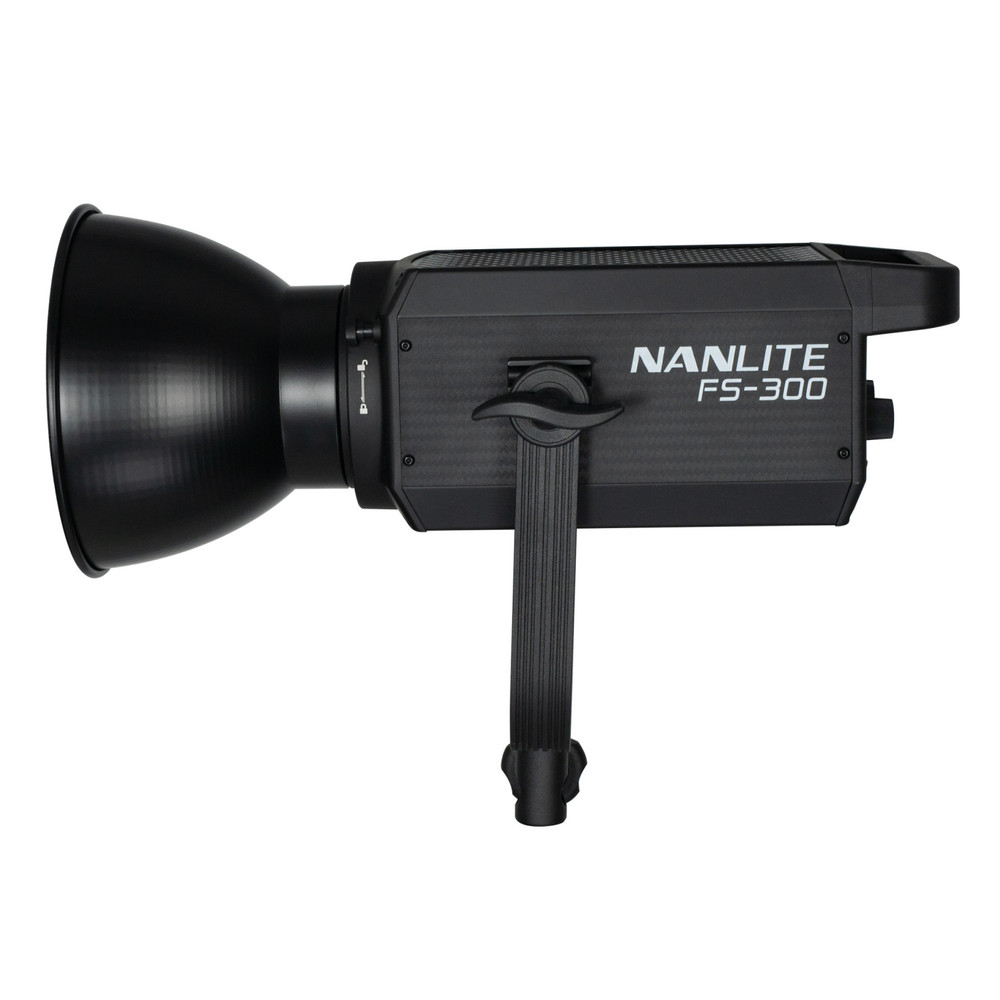 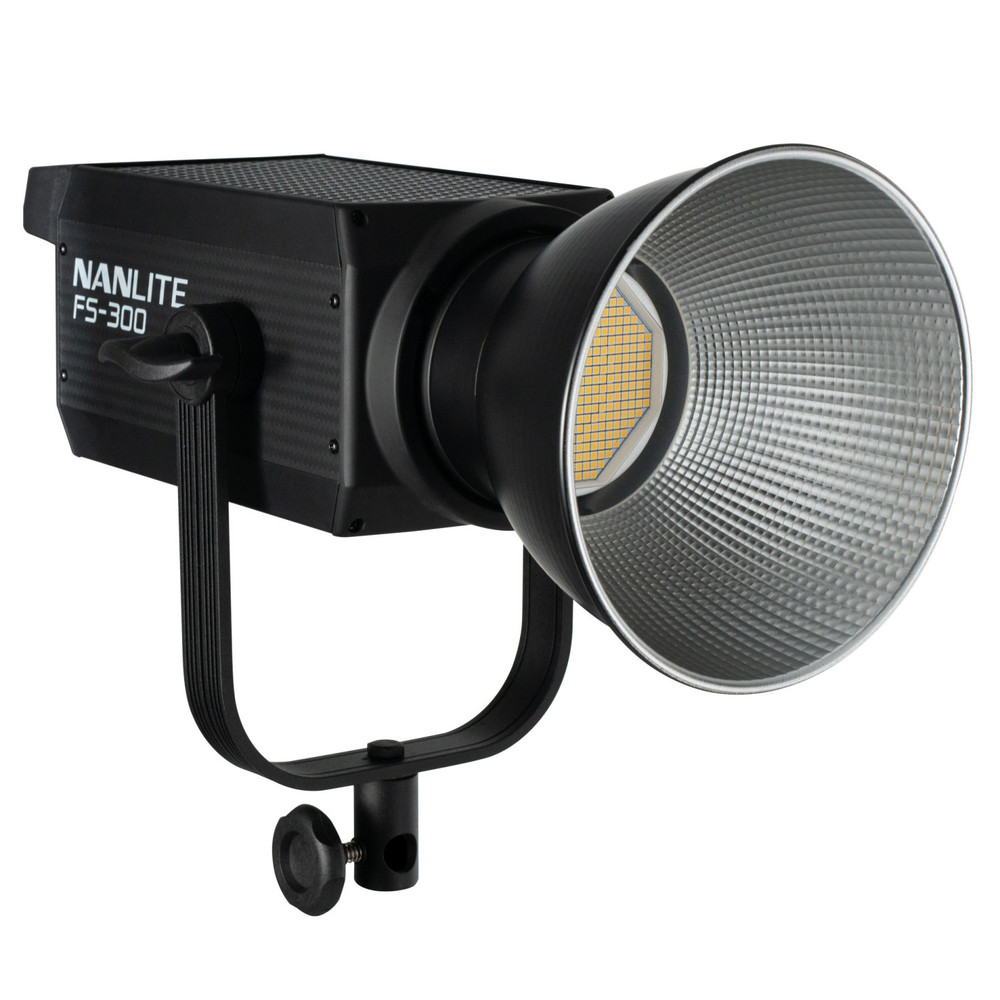 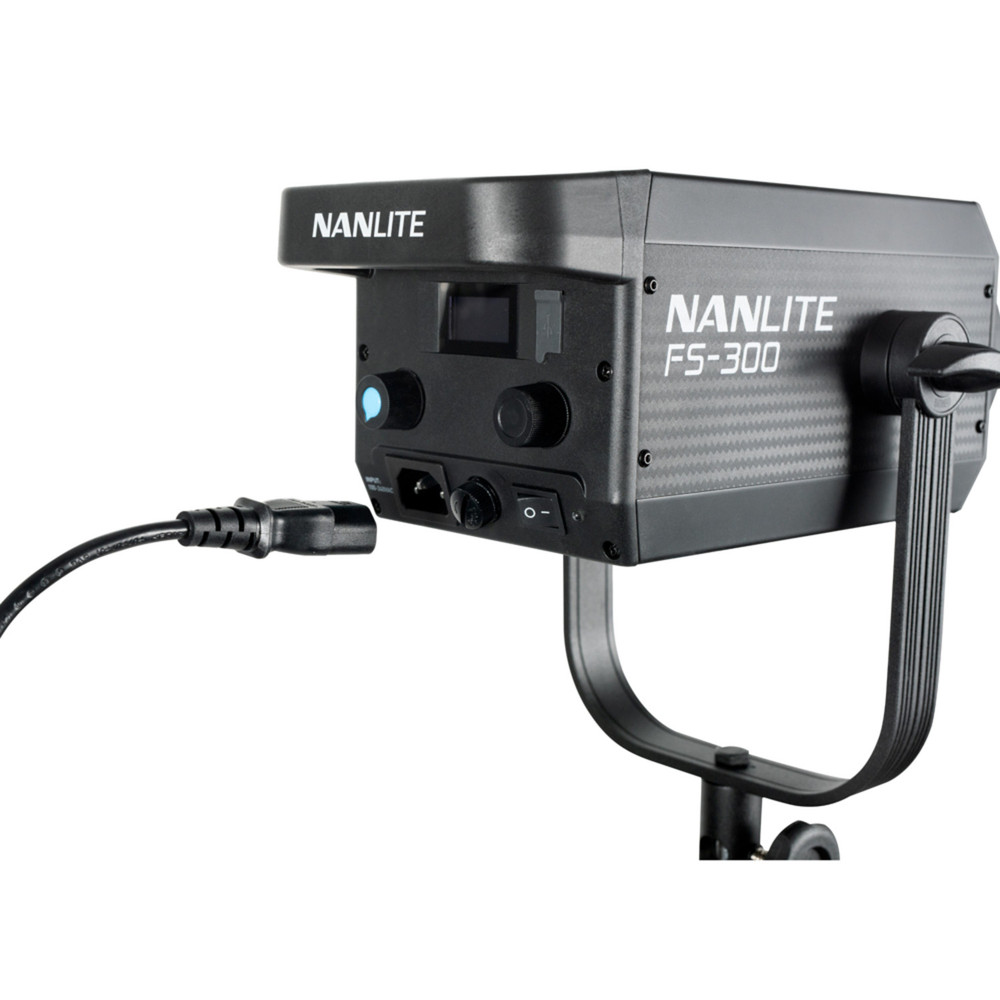 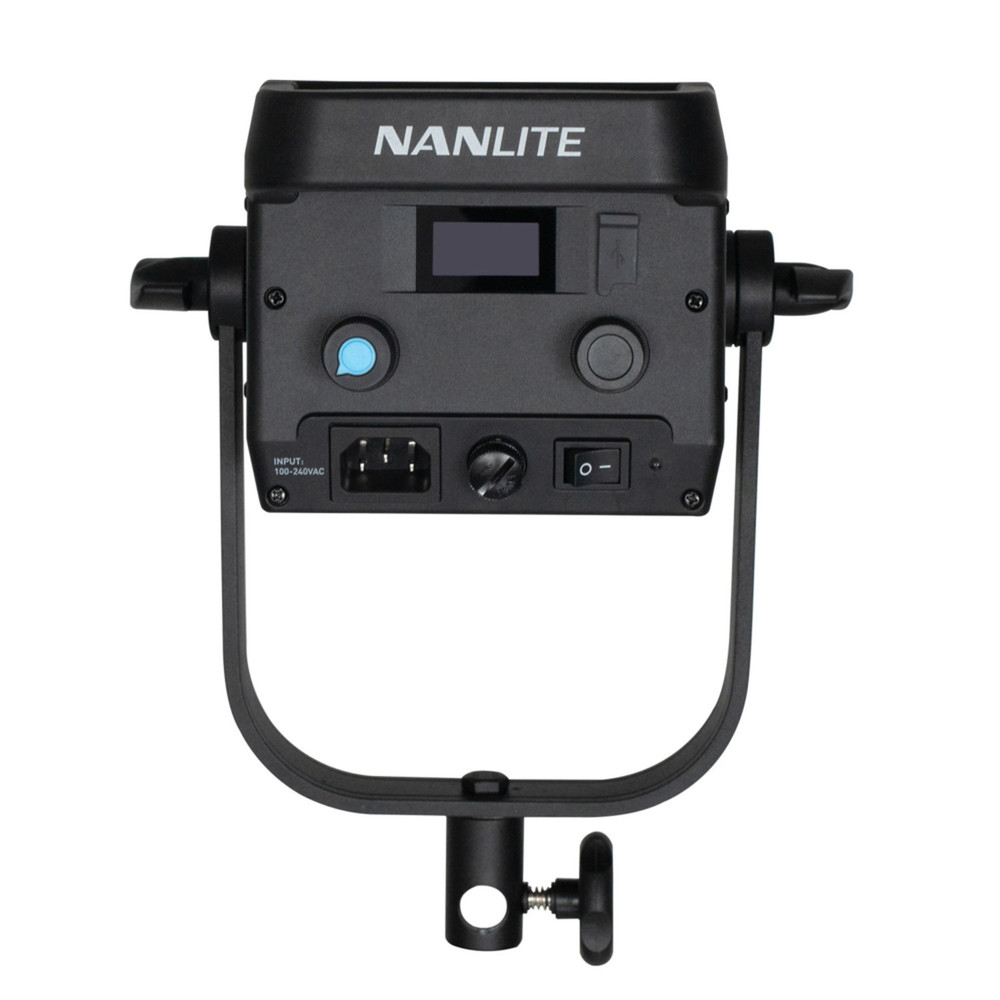 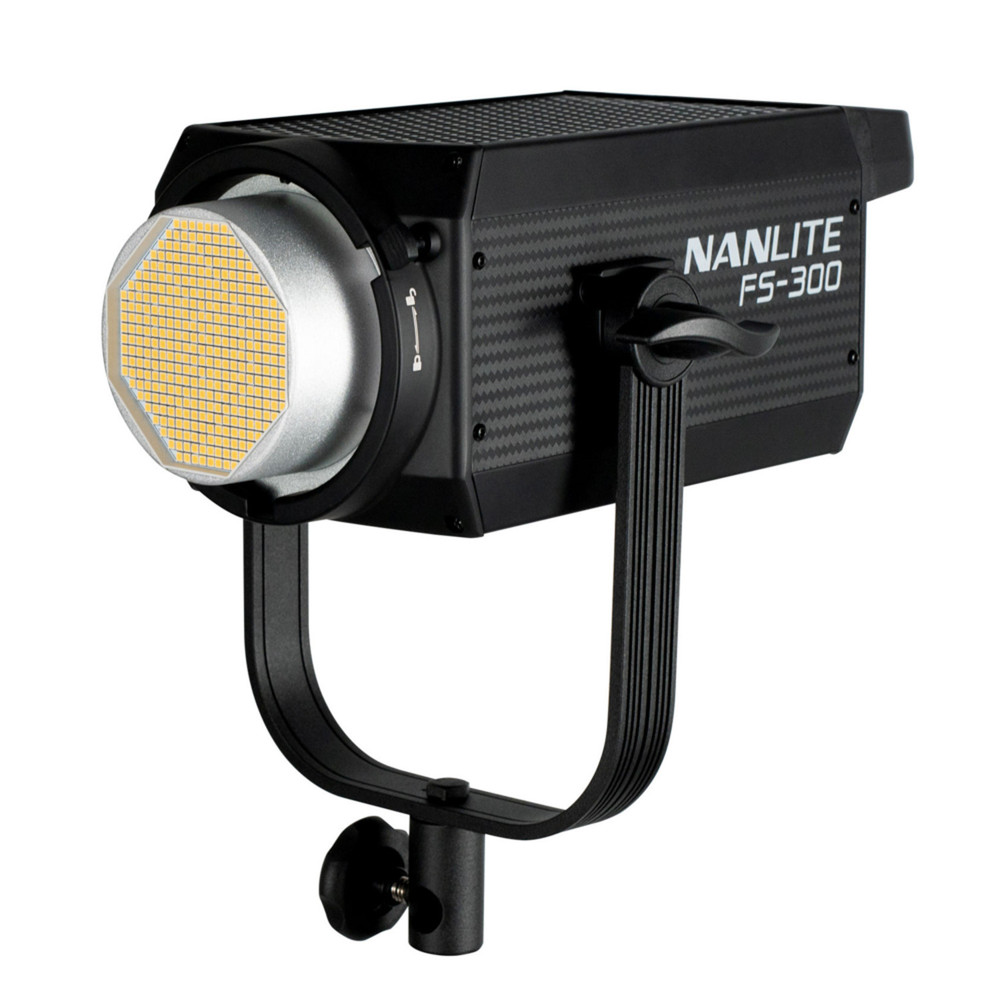 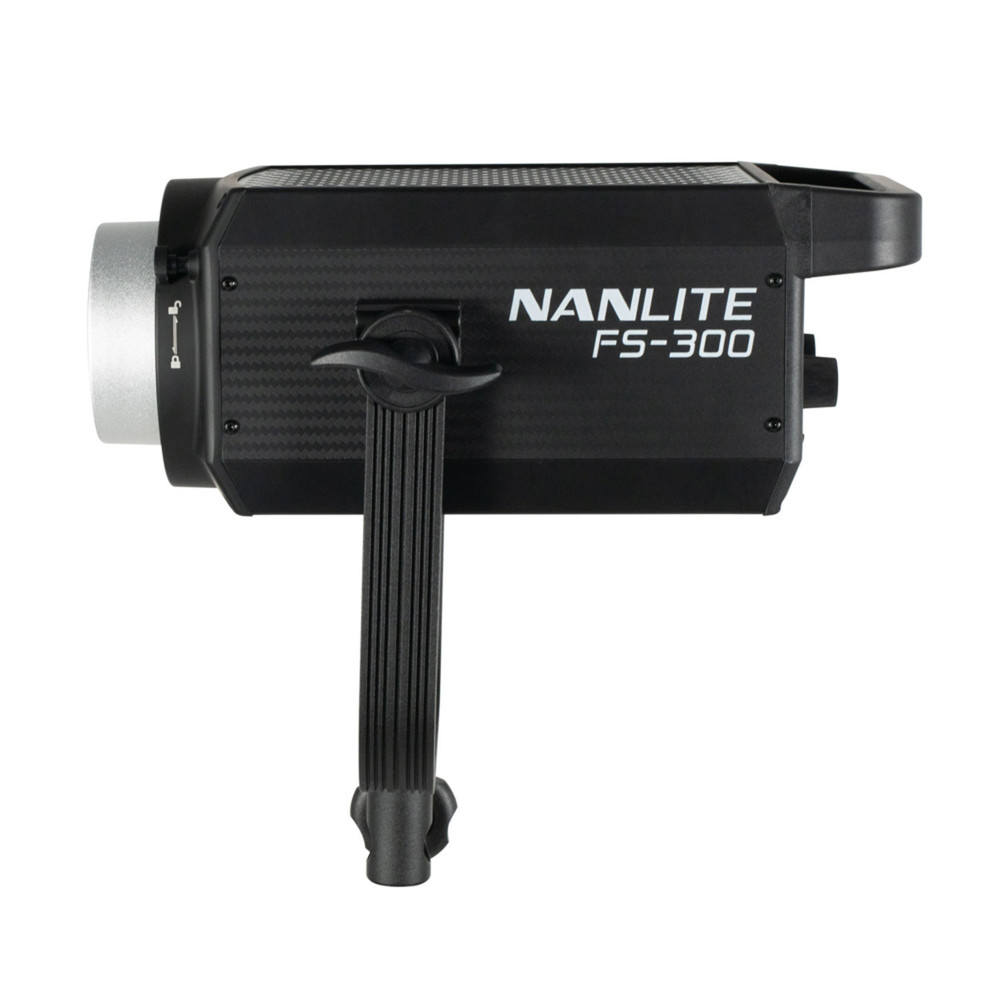 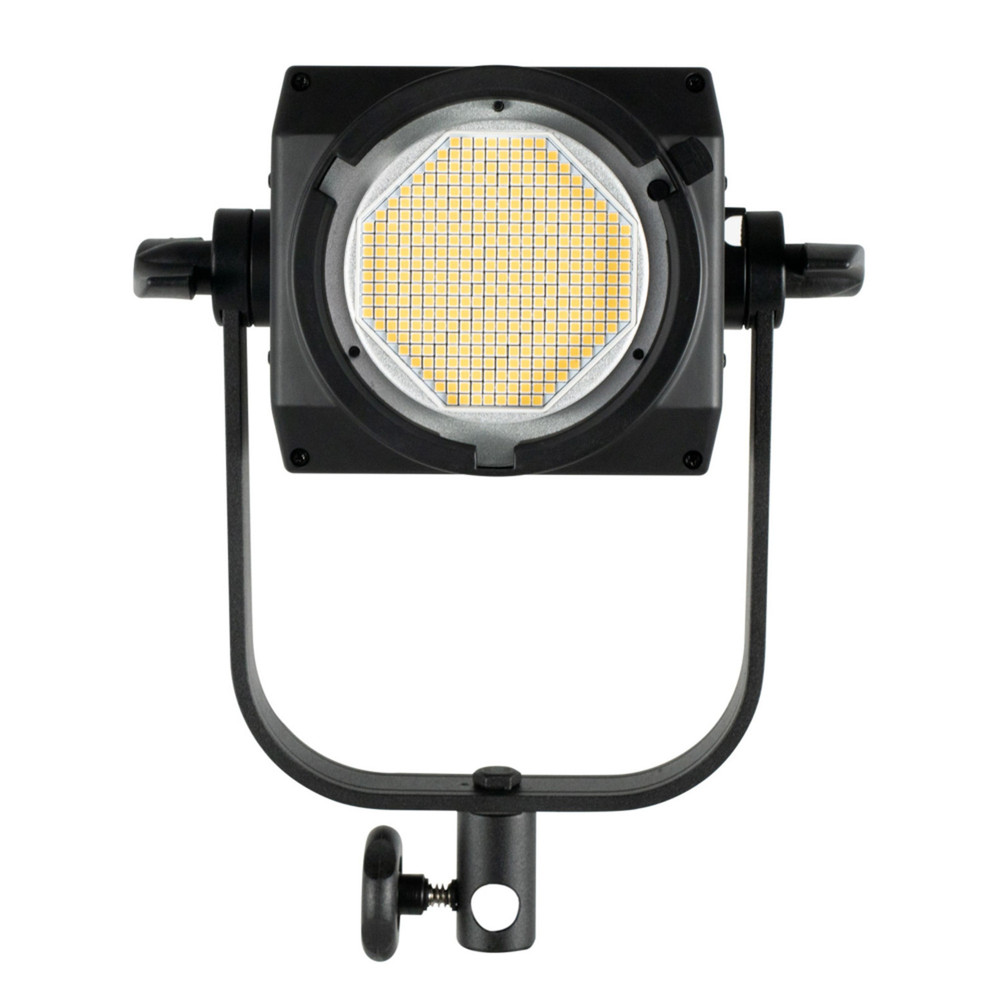 The FS-300 from Nanlite is an AC powered monolight LED engineered to give maximum output while maintaining an even light spread. A true, all-in-one monolight, the FS-300 employs a large LED array and a precision-engineered reflector to emit 41040 Lux of 5600K daylight-balanced light at 1 meter. All while maintaining a high CRI/TLCI of 96/98, ensuring accurate color rendition.

Powerful, Even Light Output
The daylight-balanced FS-300 LED Monolight from Nanlite utilizes a larger LED array than most COB LED monolights to deliver up to 41040 Lux @ 1m with the included reflector as well as a smooth and even light spread with no hotspots when used in a softbox.

Built-in App Control and In-Body Cooling
FS-Series lights feature Bluetooth for direct control with the free NANLINK app for iOS and Android, and 2.4G for more control options. They have an integrated design with the control unit, power adapter, and lamp body all in one compact fixture, making them more lightweight with effective heat dissipation.

Bowens Style Light Modifier Mount
By utilizing the near-universal Bowens style light modifier mount and incorporating an umbrella holder into the yolk, the FS-300 is compatible with a massive selection of light modifiers. Including, but not limited to, Nanlite's line of fresnels, softboxes, and umbrellas.

Practical Effects
With customizable pre-programmed special effects in a simple-to-master menu system, the FS-300 makes it easy to imitate lighting scenarios that can otherwise be tricky to recreate. At the touch of a button, you can simulate 11 different practical lighting effects: INT Loop, Flash, Pulse, Storm, TV, Paparazzi, Candle/Fire, Bad Bulb, Fireworks, Explosion, and Welding.