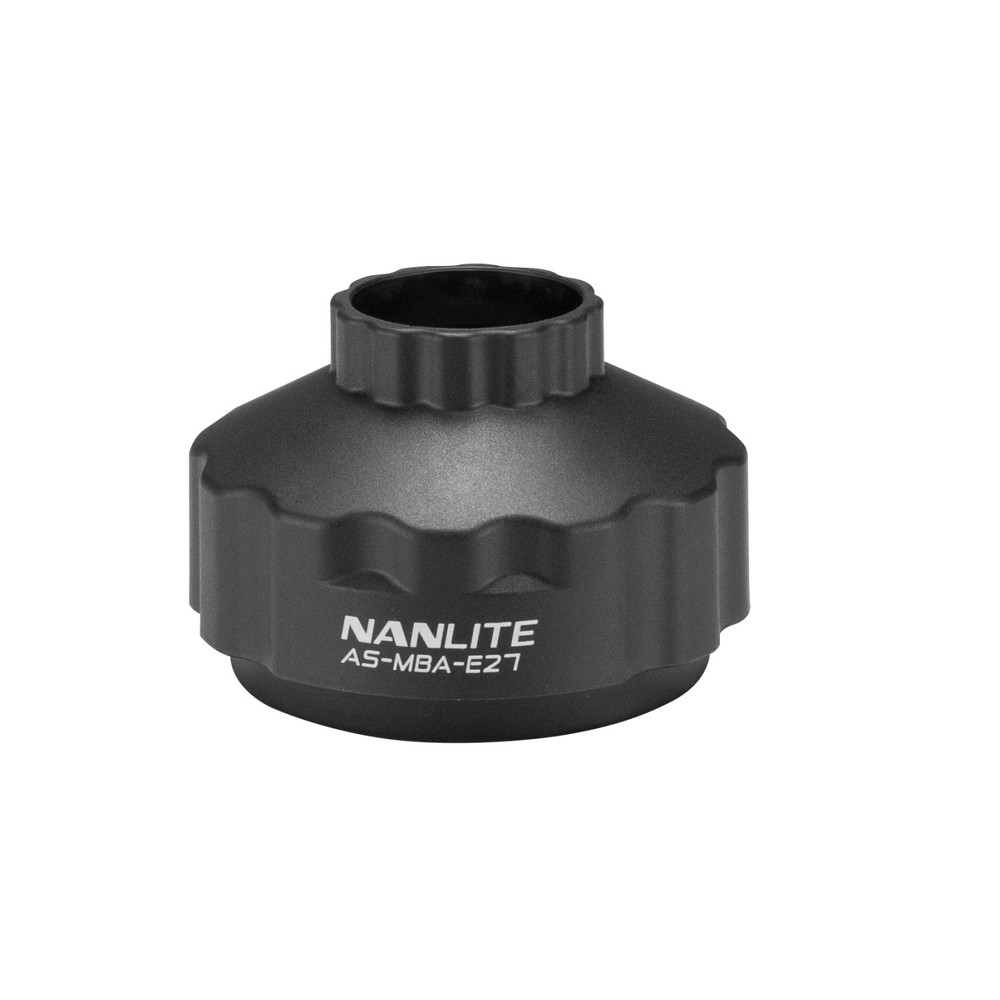 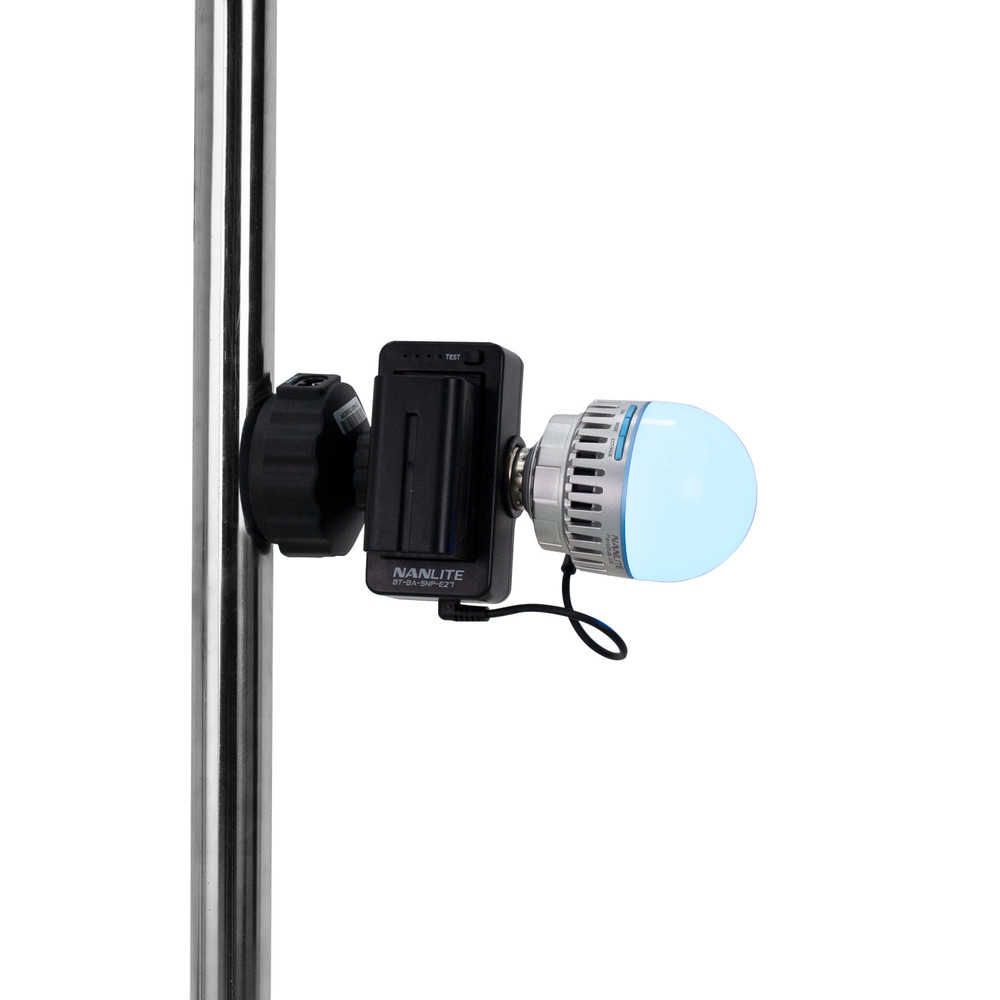 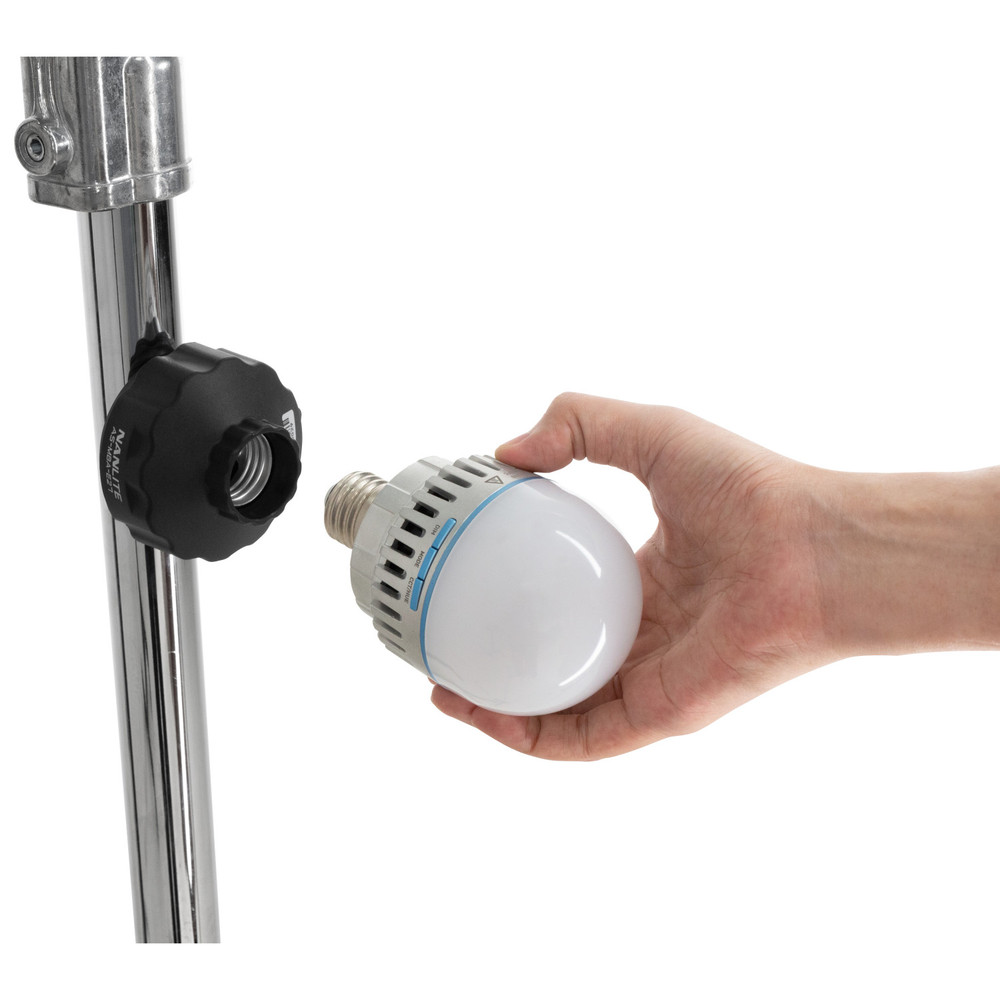 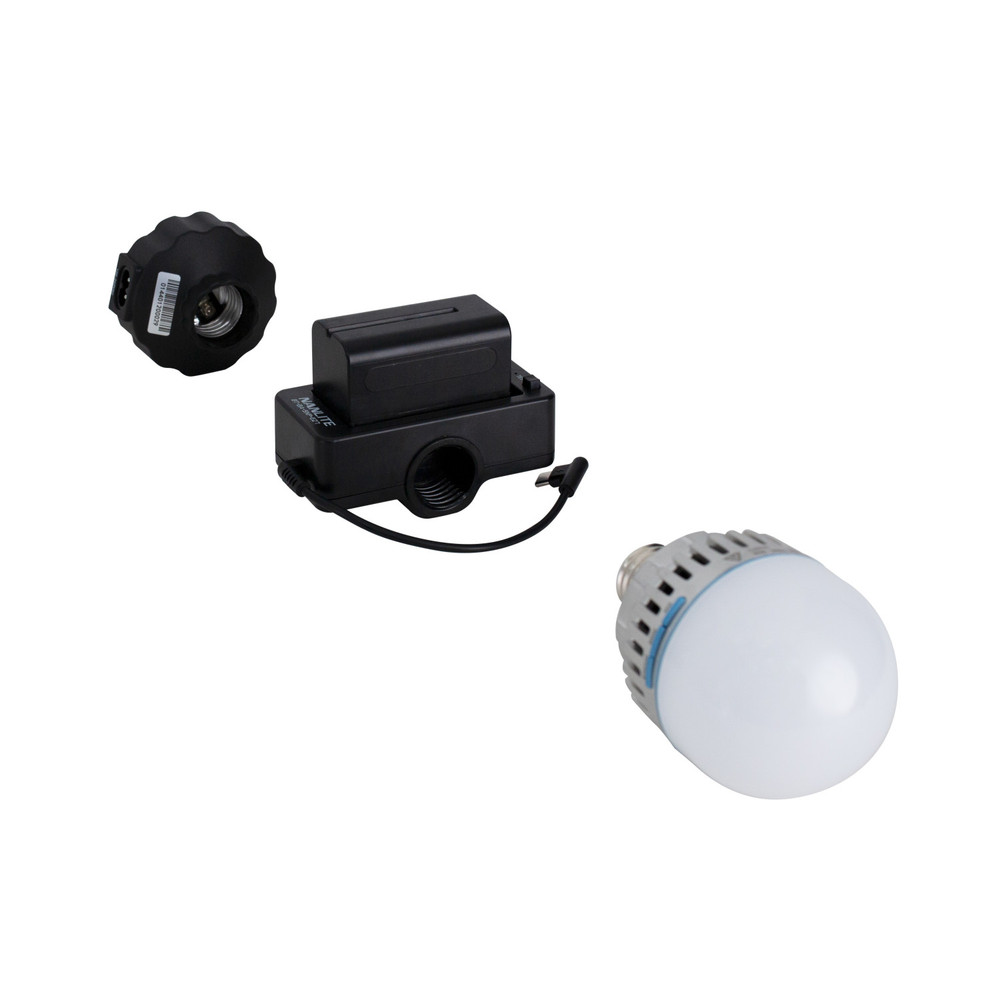 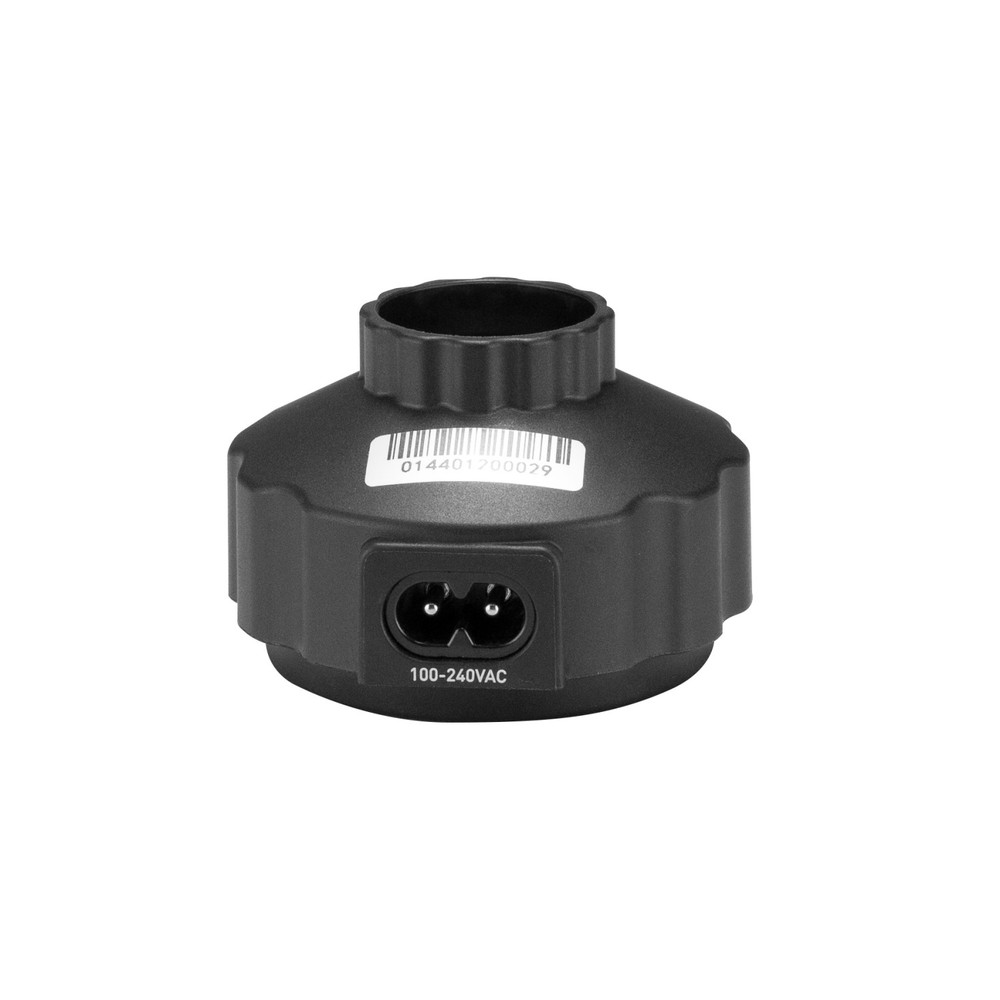 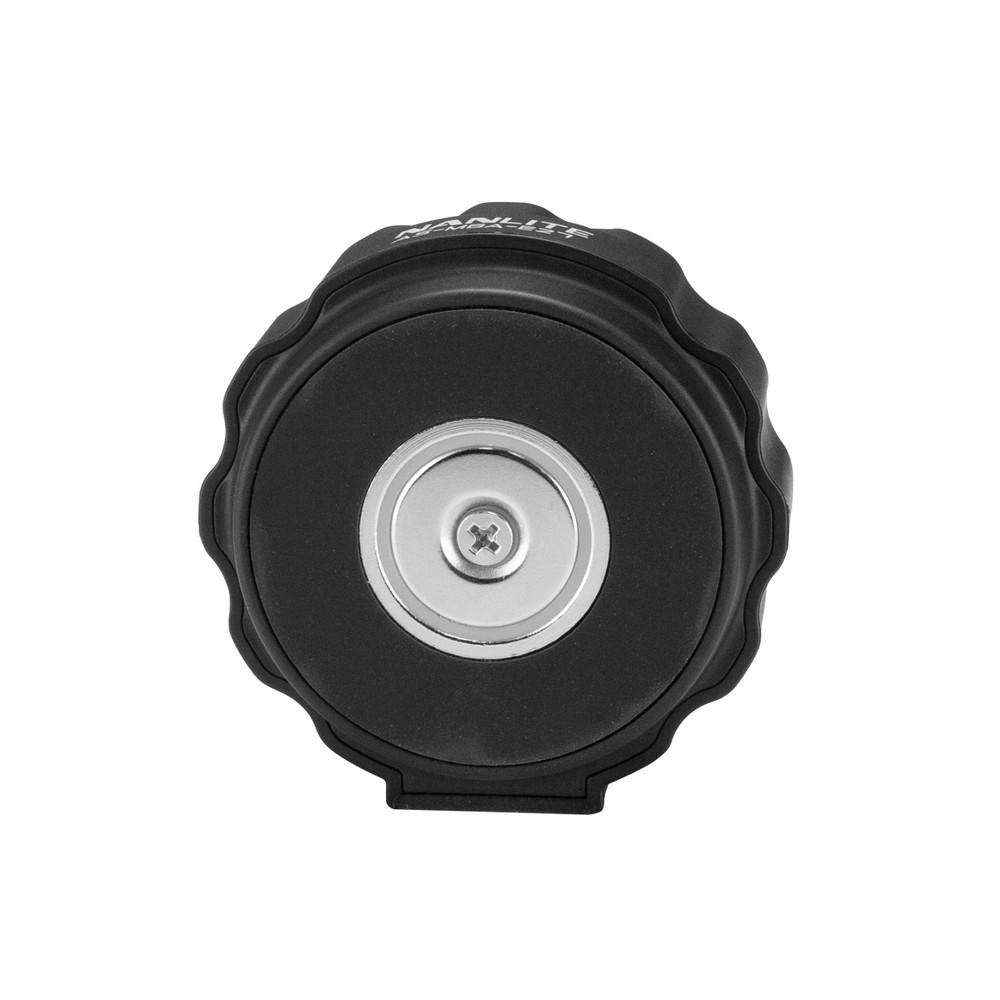 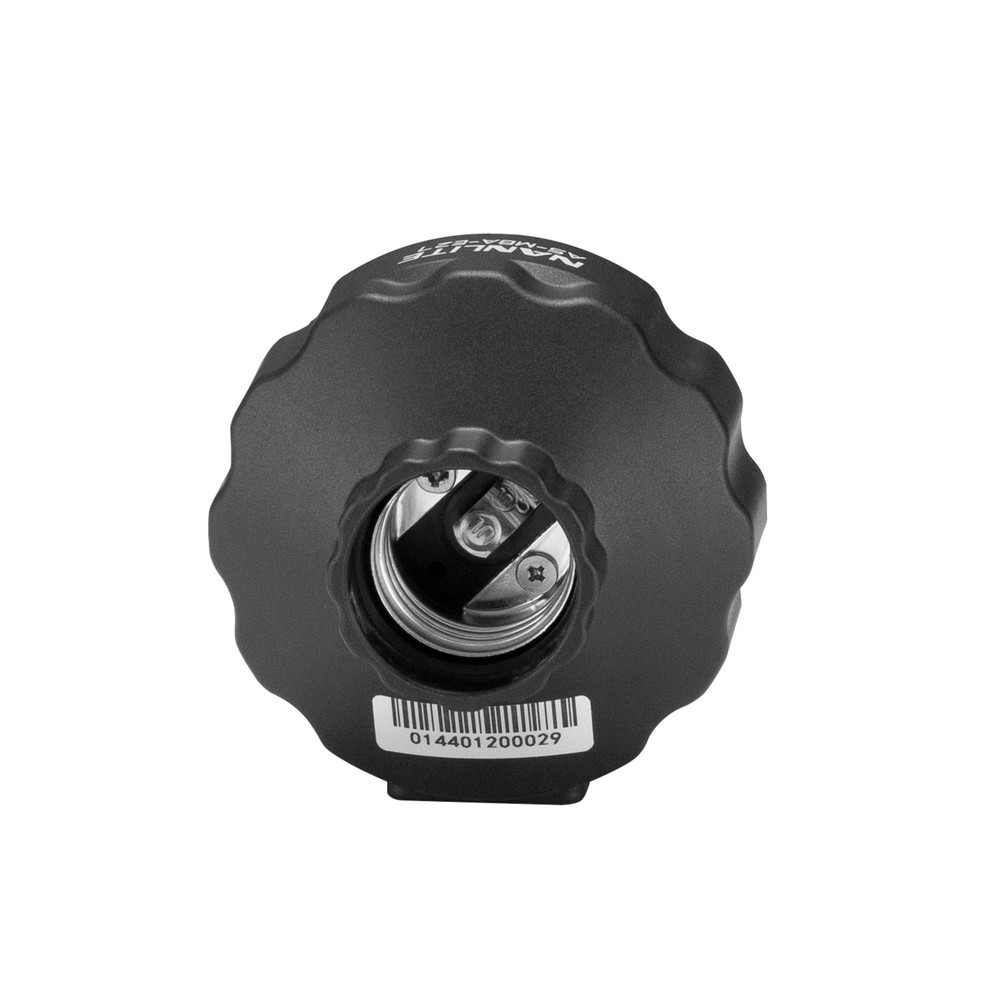 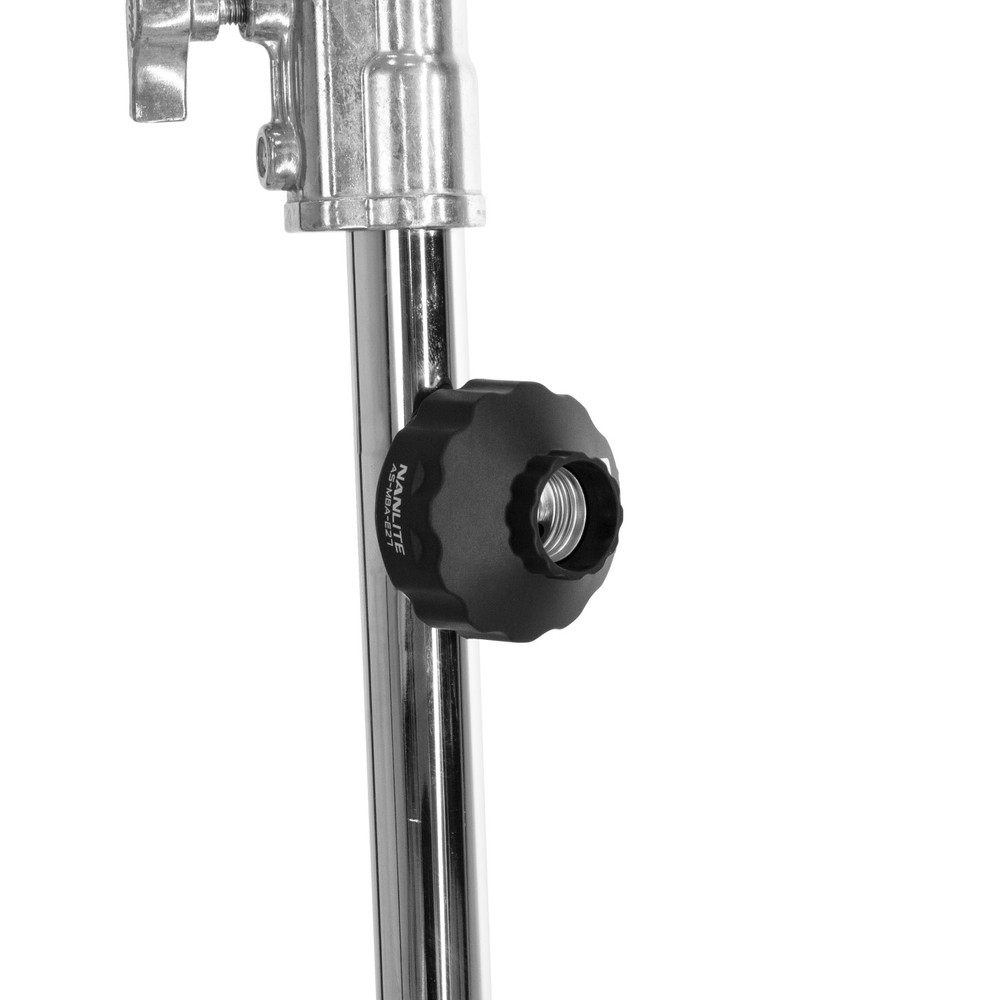 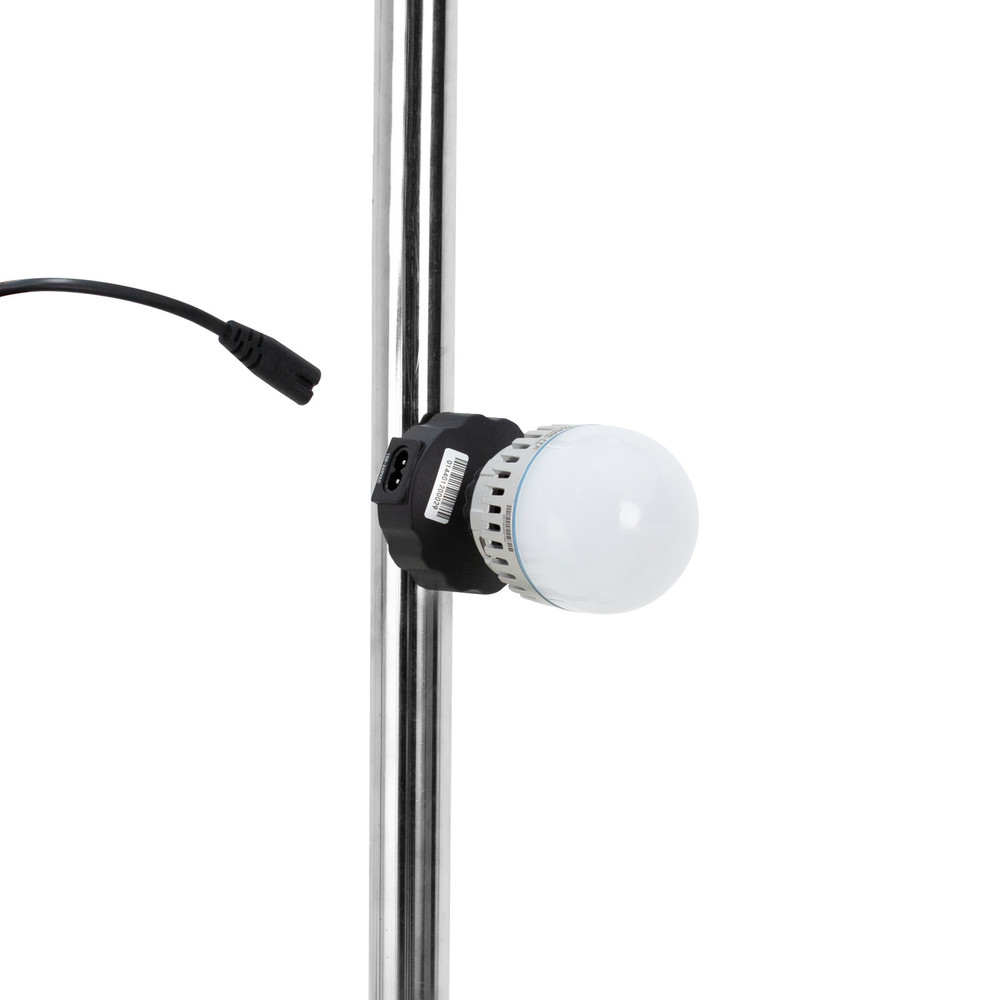 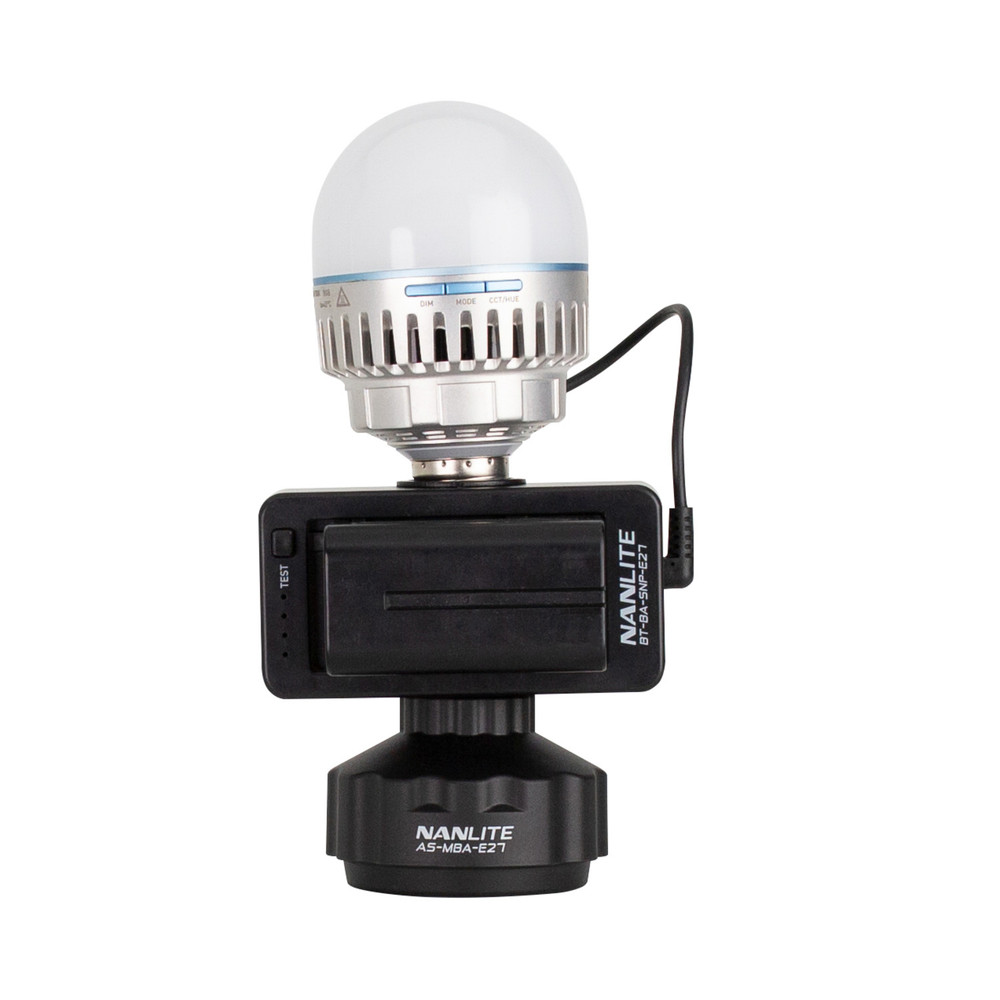 The Nanlite E27 Magnetic Mount for PavoBulb 10C features a standard E27 socket for attaching a PavoBulb 10C LED bulb (sold separately), and a magnetic base for mounting to metal surfaces.

A Magnetic Mount for PavoBulb
Easily attach a Nanlite PavoBulb 10C to metal surfaces. Features a female E27 socket for attaching your PavoBulb and a magnetic base for mounting.

Can Supply AC Power to PavoBulb
In addition to being a magnetic mount, it can also act as an AC power supply for the Nanlite PavoBulb 10C. A power cable is not included, but a standard 2-prong, figure-8 adapter cable can be plugged into the base, turning it into a complete lamp.