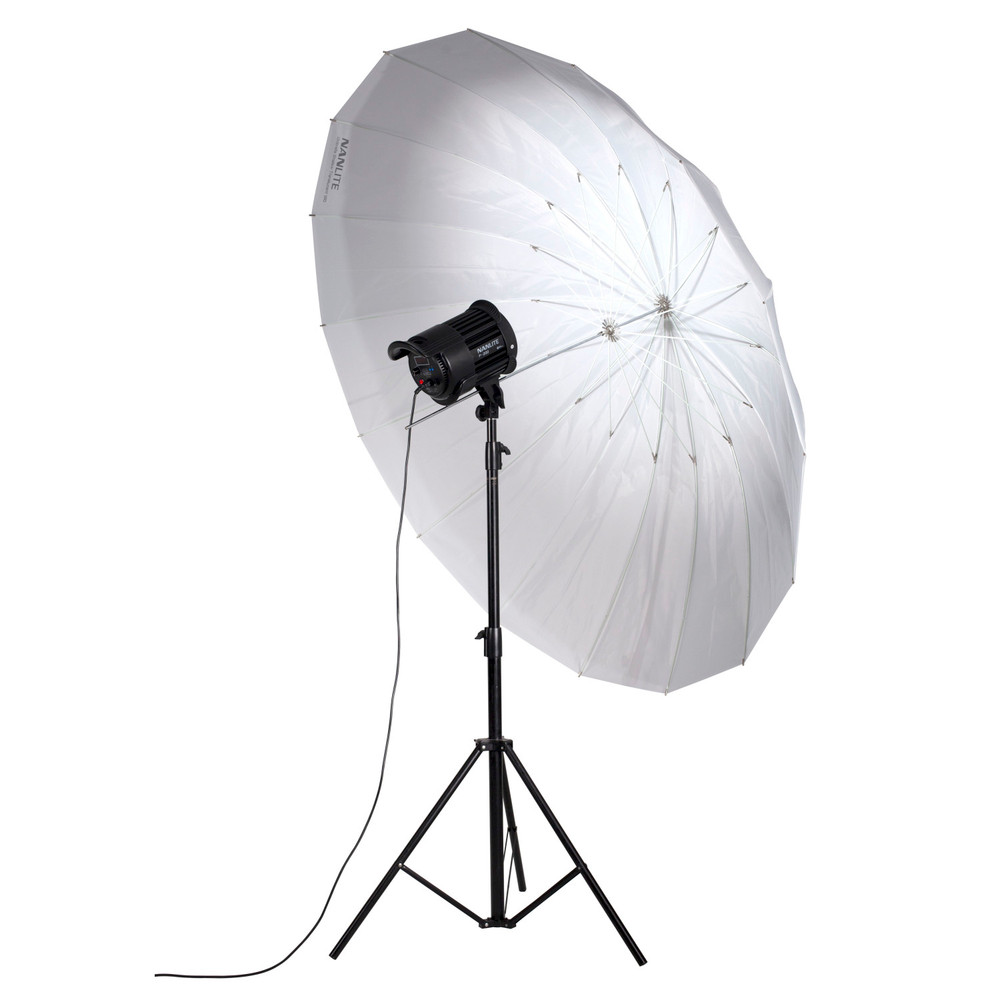 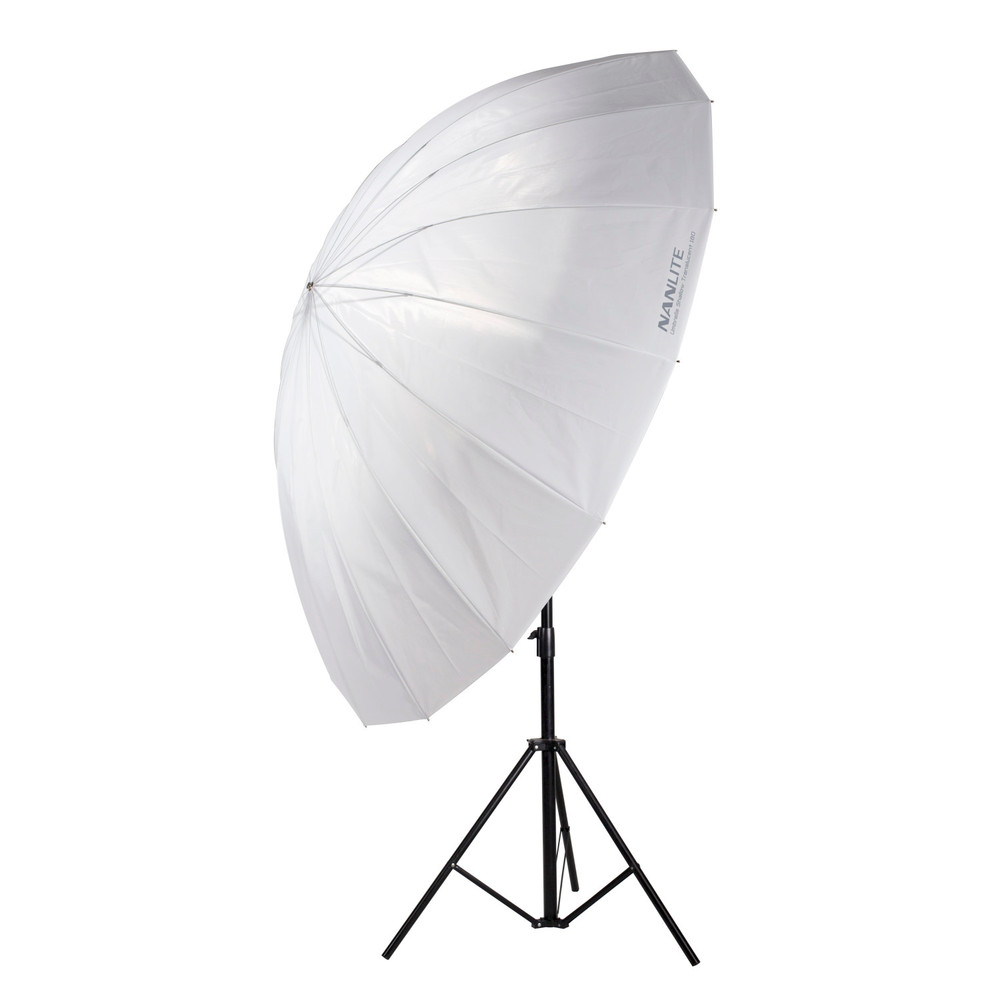 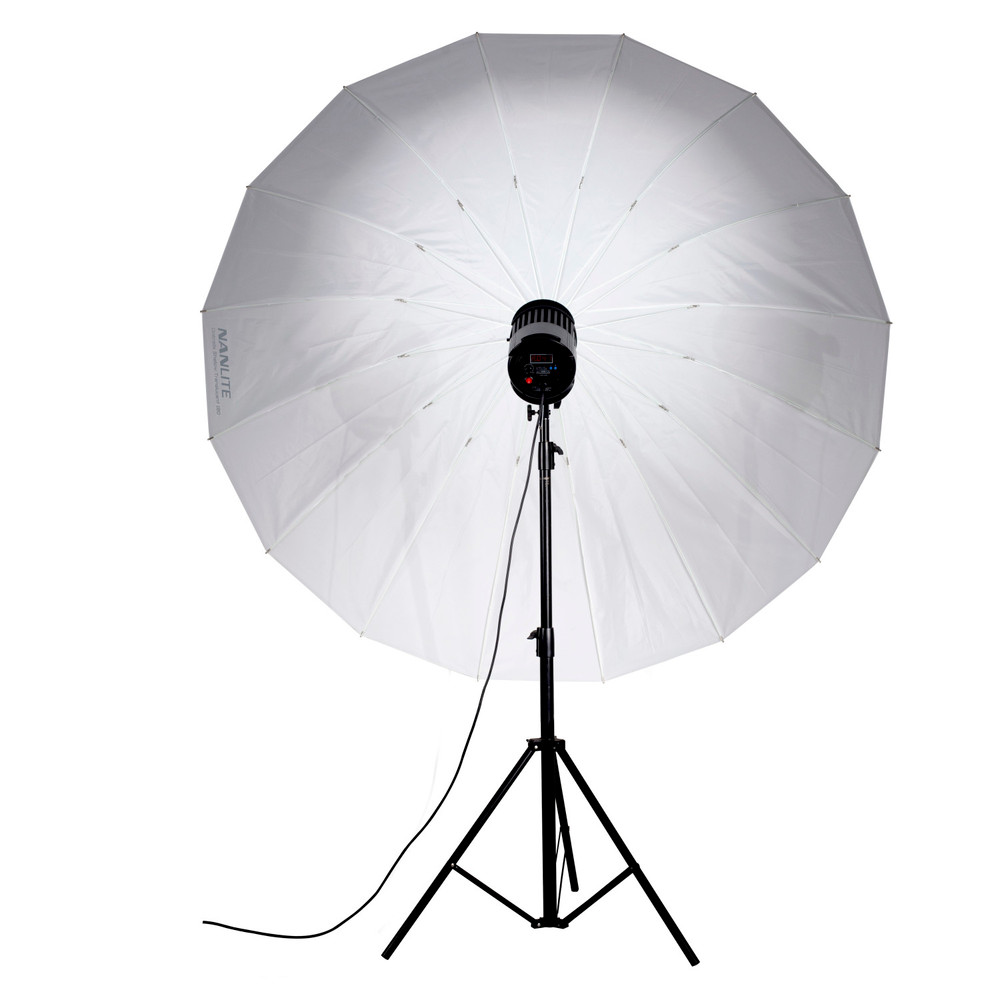 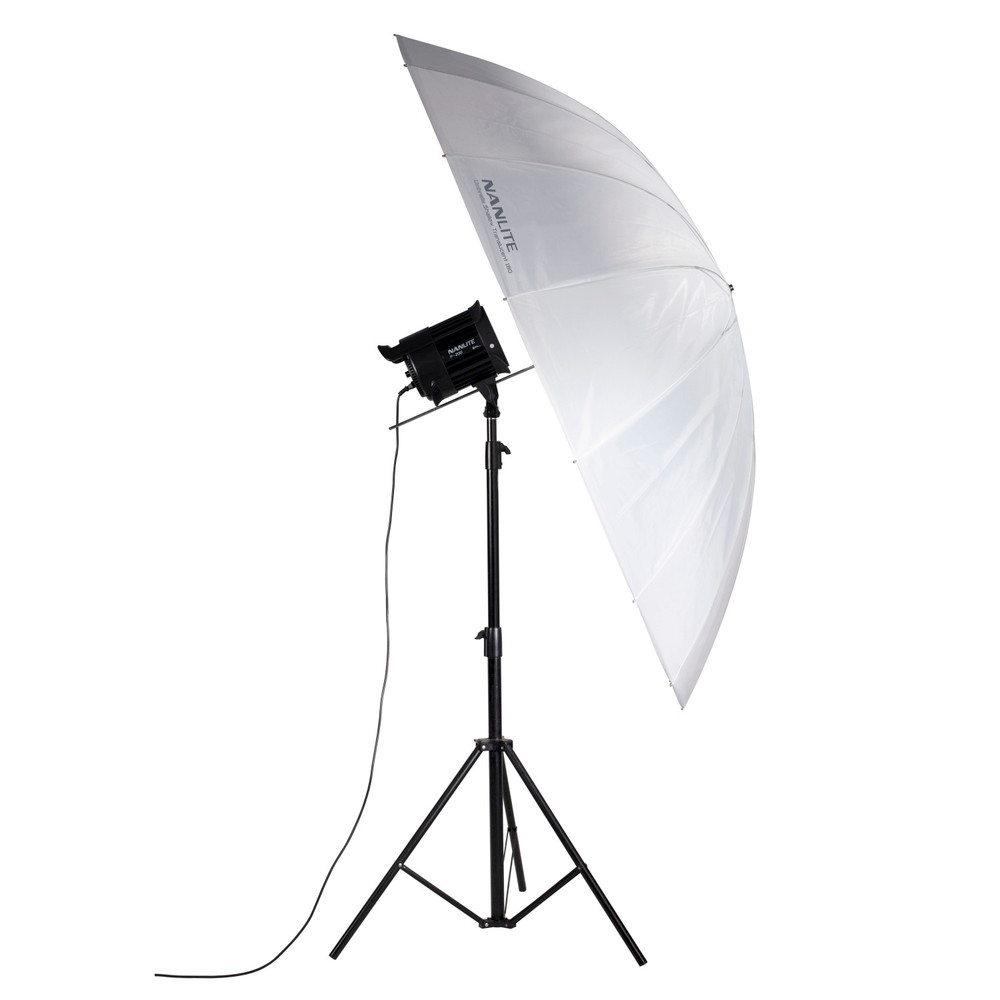 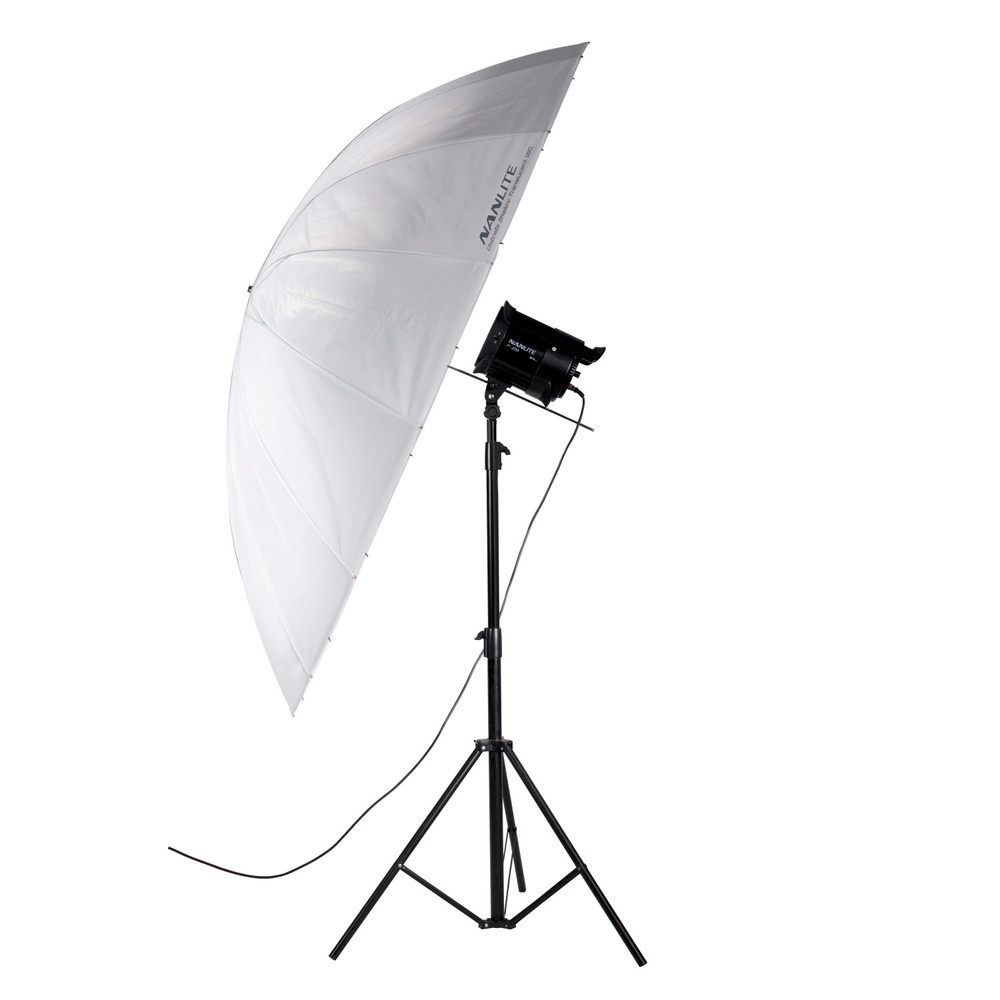 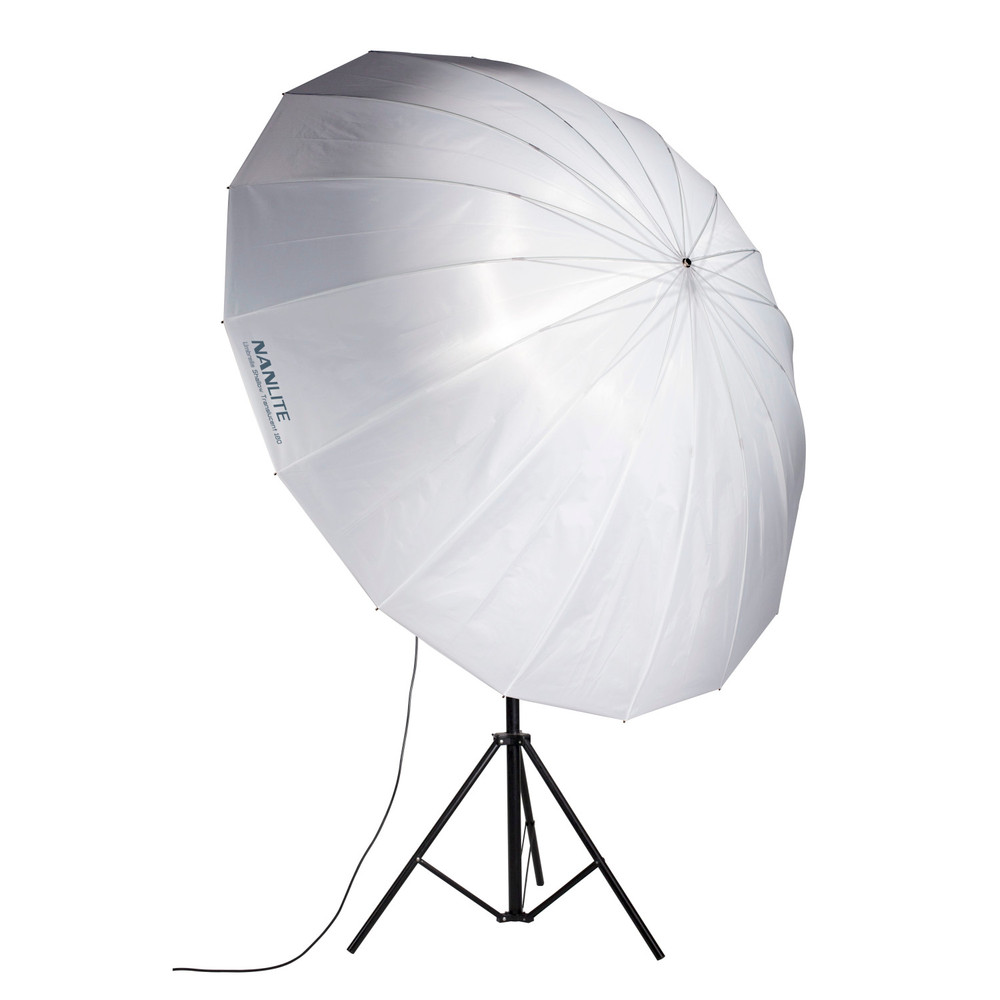 Wide Diameter
Thank's to its 71in diamter; the Silver Shallow Umbrella 180 creates light with a wrap-around quality and a broad beam angle great for wide coverage of groups, large spaces, etc.

Precise Control
For further adjustment, light sources can be positioned anywhere along the umbrella's shaft to focus or de-focus the light controlling contrast and coverage.

Wide Compatibility
Designed for use with Nanlite's P-Seris LED Monolights, the Silver Shallow Umbrella 180 utilizes a near-universal 8mm shaft making it compatible with umbrella mounts on most LEDs, strobes and constant lights.